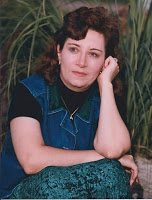 Hey, everyone! It’s Friday! What a week! If you haven’t “liked” the new facebook devotional community, Living by Grace, scroll down in my side bar and join up! We have great discussions and we bond through faith. How cool is that? Also, if you haven’t “liked” my writer page, be a love and find me in the sidebar and Voila! I’m liked! 🙂 (I had the wrong thing on there before, oy!)

Have a great weekend, everyone! Leave a comment for Staci if you would be so kind…and I know you are! 🙂


On Monday, come back to meet my special friend, writer Lacie Nezbeth!