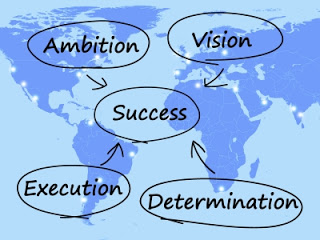 Hi everyone, I’m back! I missed you, but I
kept up the best I could through Facebook and some twitter. I hope you had a
wonderful Christmas. I enjoyed spending time with my family–watching Christmas
movies, baking, playing games (even dumb made-up ones by my 8 year
old),Christmas shopping–though I did most of it online. Turned out to be a big
fat waste of time. But other than that fiasco, it’s been relaxing.

I finished my last
WIP the first week of December and printed it. It’s been cooling, but this week
I plan to pull out the red pen and go to town. The most writing-related thing I
did was update my bio for my agent and plotted/toyed with a new story idea.
I read the following
books:
Southern Fried Sushi Trilogy by Jennifer Rogers Spinola
Okay, enough re-cap.
We say it every
year: “Wow, this year flew by.” I’m saying it again. This year flew
by. I chose one word in 2012, well, I believe the Lord gave me that one word.
Strength. I wrote
many posts about strength or things I learned or was strengthened through. You
can click the tag “strength” on the sidebar and find them. I hope if
you do, that you’ll be strengthened as well.
My big post about my
strength goal can be found HERE. I chose Psalm 84:5-7  to be my year’s life verse. I printed
it.  Laminated it. And posted it on my
bathroom mirror, above my desk, on the fridge, and on my treadmill.
I met some of those
goals. And some I did not. I’ll be honest, I focused more on the ones I did not
meet than the ones I did. I had a few–okay more than a few–boohoo moments
with God. I wanted to have accomplished everything. I wanted to say I was 100%
successful in fulfilling every single thing He planned for me.
But I’m not perfect.
And I think it was those few days of reflecting, that I realized how much I
wanted to be. I’m not really a perfectionist. I mean, I want things done right
and usually that way is my way…you know…maybe I am a perfectionist at some things.
I say that because you’ve never seen my pots and pans cabinet or plastic wares
cabinet…or my closet…. 🙂
After my mini major,
come-apart. God asked me to not concentrate (for now) on what I didn’t
accomplish but what I did. I’m pretty sure my reply was, “But I didn’t
really do anything!”
I’m also pretty sure
I got the God-stank-eye. Ok, maybe not. No…no I did.
GOALS
ACCOMPLISHED:

GOALS I’LL BE BRINGING INTO THIS YEAR:
I’ll also be setting
new goals, but that’s for another post when I reveal my new word for 2013. And
I admit to telling God to pick a new word. A better word. Yeah, I do stuff like
that.
Btw, He said,
“Not happening.”
Figures.  Join me Wednesday for my ONE WORD.
What
about you? I want to hear a goal, or a few, that you accomplished in 2012. What
was your word if you had one and did it impact your year? Let’s catch up! Don’t
feel bad if you write a “book” in the comments. I want to know what’s
been happening with you!
*photocredit: freedigitalphotos/StuartMiles
Have a Happy New Year’s Eve!

I love this time of year. I love sitting on my couch sipping coffee or tea and staring at my white Christmas tree lights. Quiet mornings. I love shopping for my family (in the mornings and not during the crowded evenings).

This season is busy, but in a fun, joyful kind of way. Shopping, recitals, talent shows, baking, get-togethers, church events.

I’m also finishing my WIP (work in progress) I only have about 30K words left. I’m on the downside of the mountain, but I’d like to have it finished before the Christmas week begins.

In the midst of all that, we still have Christmas traditions. A close friend comes over and helps me ice Christmas cookies–a secret recipe that she begs me for each holiday. She’s tried to mix other recipes to match it, but can’t! I love teasing her about it.

On Christmas Eve, we take the kids out for lunch and maybe a movie then that evening after looking at Christmas lights in the park, we go home and the kids unwrap a present (PJs), then we make hot chocolate, chocolate chip cookies for Santa, snuggle up on the couch and watch  White Christmas then the animated Little Drummer boy (which makes me cry each year). The kids head to bed in their new jammies. The next morning, we open gifts and munch on sausage balls and monkey bread. It’s a wonderful tradition and I hope my kids will take some of it into their homes when they grow up!

And with all that’s happening, I’m going to take a nice long blogging break for the month of December. Oh, I have a guest spot or two lined up and I’ll post those and if I get a wild hair I might throw up a post. But I won’t be around the blogosphere until the first of the year.

Will you miss me? 🙂 I’m going to miss you, but I will be on facebook and twitter! We’ll keep in touch.

Have a wonderful Christmas season! Tell me, what do you put on the top of your Christmas tree? An angel, star, other?