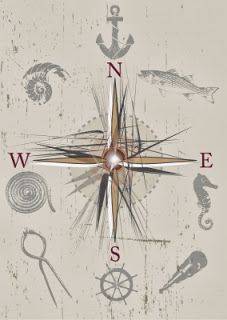 And we’re off! Last week, we cruised to Antigua (Ant-ee-ga) and had a total blast! But where are we today?

Check out this fine destination and tell me you don’t want to come along.

Between diving and snorkeling at Banana Reef, visiting museums, enjoying the white sandy beaches with fruity drinks (because you have to have fruity drinks everywhere you go) and visiting Manta Point, we can relax in our water villas, or splash in the cool waters right outside the door.

So….where am I? For each guess, you will be entered into a drawing to win a $10.00 Amazon card at the end of the month.

If you guess right (you must guess before I post the answer) you get your name entered 4 times!

Have you ever been diving or snorkeling? Was it a good experience? What was the coolest thing about it? And if you haven’t been,
would you like to? 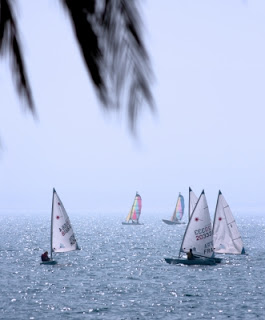 Last Tuesday, I opened up another contest on my Facebook page! Name That Boat!

I’m working on a new story and my hero, who lives in Tampa, loves to sail. And he loves his sail boat.

So I’m asking for some help in naming that boat! You don’t have to know anything about the character, that’s what makes it even more fun reading the answers and choosing.

But I will say…he’s a funny guy and he uses sarcasm as a defense mechanism. But generally, it’s good humored. Generally. So that’s all I’m saying.

Now, here’s how to enter:

The winner receives a $10 Starbucks
or Amazon Card (winner’s choice)!

Have you ever been sailing? Do you love it?
Hate it? Get sea legs?

**photocredit: freedigitalphotos
I have chosen the
name for my contest! My new WIP (work in progress) has a Saint Bernard that
belongs to a detective.  I didn’t give
much information about the hero of the story other than his occupation, on
purpose.
He’s had a
relationship turn sour, he sees a lot of negativity in the world with his job.
Unable to avoid the cliché, this story is about how the grass isn’t greener on
the other side. It’s full of irony and deceit. It is a romantic suspense,
whatdaya expect?!
How I chose the name
was pretty simple. I read it, then I closed my eyes and tried to see if I could
pull off a humorous scene using the name. This dog will be the way my
hero/heroine meet.
All the names were
great! So I’m going to give you my top five names and then the winning name!
5. Mr. Darcy
If my detective had a poetic side, the irony would be awesome. And I laughed several times thinking about it.
4. Bootsie
Big white feet look
like boots and I could come up with some dialogue but not enough humor.
3. Lipstick
Seriously, look at
that mutt’s mouth! I could see this dog as a puppy eating the detective’s ex’s favorite
tube of lipstick and the name, well…sticking.
2. Komere
Sounds like Come
here in an exaggerated southern accent and had my novel been set in the south,
I’d have probably went with that! Cracks me up!
1. Edith
“You named your dog, Edith?”
“Yeah, it
reminds me of my grandma.”
“Gentle and
soft?”
“No, rotund and
hairy.” LOL I could see my character so saying that! He’s a bit of a
wiseacre!
But I chose the following name because not only is it ironic and ridiculous, but I can actually weave
some truth about life into the dialogue and the name.
So
the winner of the $10.00 Amazon/Starbucks card (winner’s choice) goes to…..drum roll……
Jeff
Redding for the name:
Kitten!
Congratulations, Jeff!
Here’s a tiny
snippet of dialogue I concocted on the fly after hearing the name.
After
dusting herself off, she took a good look at his dog. “Your boy dog’s name is Kitten?” The puzzled look on
her face made him grin again.
“I got her
at the beginning of an ironic stage in my life.”
She
crossed her arms. “Did you ever think you’d come out of it and be stuck with a
horrible name for a dog?”
“I’ll let
you know when I’m out.” He’d brought Kitt home the same day Miranda said she
wasn’t going to marry him. That God had another plan for her. It didn’t include
him.
He’d been
sure God had told him it had.
“You know
that’s mean really. Labeling someone as something they’re not is destructive.”
She glared at him and gave him a take-that look.
Thanks to everyone
who participated! I read every single one and I tell ya, it was hard to choose.
I valued all of your input.
What’s the silliest pet name you’ve ever heard?

I’m having a contest over on my facebook page! My current novel has a few pets. One is a Saint Bernard. I need a name that is unique, something you normally wouldn’t name a Saint Bernard!

Here’s the rules:
“Like” my facebook page and leave as many names as you want! The more the merrier! I will choose a name and whoever’s name I choose gets a $10 Amazon or Starbucks card (your choice!)

If contestants enter the same name and I choose that name, I will award the first person who entered it.

And if you’re not stingy, feel free to share this on facebook or give it a little tweet! And also, when the book comes out you’ll have bragging rights. “Hey, I picked that name. Got the card.”

Happy Monday, Everyone! Do you have a pet? What kind and what’s its name?
Friday before last, I posted some words from the Urban dictionary and had you use them in sentences. I picked the top 3 choices, but today YOU need to vote for your favorite one!
The winner gets his/her choice of:
or
To read the Urban Translation Fun post and see all the comments, click HERE!
It was really hard to choose. They were all hilarious. Congrats everyone! Here’s the Top 3 in no particular order:
“I stroked the fake cookie duster I’d pressed on my upper lip and peeked at my subject from behind my copy of the shelf esteem runaway best-seller “Say Yes To The Mess” wondering if my giving him the book off had disguised the fact that I was investigating him for the murder of his wife.”
“What do a man with a cookie duster and a man with a shelf esteem book have in common?
They are both likely to get the book off!”
“Whipping out a shelf esteemer entitled, “Happiness Is A Choice”, I prepared to give the tall man with the cookie duster the book off — then realized my mistake when I recognized him from the picture on the back cover.”
Whichever one gets the most votes by midnight, Tuesday, wins! I’ll announce the winner on Friday!
Happy Monday! Have a great week!