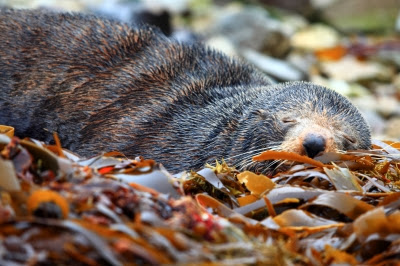 Hey everyone! It’s Friday and I’m blogging, so you know what that means, right?

Okay, really it means I’m back to my regular blogging schedule. Monday, Wednesday, Friday. Wednesdays are my longer blog post days because they are teaching/devotions.

Summer is over. My daughter is now a freshman. I’m coping. Barely. My son is now in 4th grade and I can no longer help him in math. Okay, so I had a hard time with the 3rd grade math too, but…whatever. Point is: I’ve already sent a post-it to the teacher, twice, saying, “What exactly do you mean by this and can you jot down an example?” It’s true.

I crawled onto my couch with my cup of coffee and stared out the back door, meditating on the summer and how it’s gone down. And I discovered just how flipping lazy I am.

I am. In fact, I thought I’d break it down for you. Here are my top ten lazies:

9. I cheer when it’s a cloudy day because I don’t have to actually use the energy to put my contacts in.

8. I use a throw pillow to close the door when I’m in bed or at my desk, and I have terrible aim so 40% of the time I just throw a pillow out into the kitchen…then another…and another until eventually I’m out of pillows and I text my daughter to close my door–after picking up the pillows.

7. I set the coffee pot at night. Heaven forbid I have to toss in a few scoops and dig for the filter the morning of.

6. When my vacuum won’t get in the crevices by the wall or couch, I pick up the lint, Cheerios, or paper and toss it in the open area and then vacuum. Who has time to carry it to the trash? At least I’m vacuuming.

5. When the vacuum-dirt-holder-thing is full, I do not vacuum.

4. I lie in bed thirsty until my husband gets up for something and then ask him to bring me a bottle of water. (He keeps doing it so really that’s on him, right?)
3. I use spray lotion because it’s easier than pressing a pump and goes on lighter thus requiring less rubbing in.
2. I buy waterproof eyeliner so I don’t have to put it on the next morning when I go to the gym, because I don’t wanna be that lady–the one who puts on makeup to go to the gym.

1. And…I’m so lazy, I take my naps in the bathtub to kill two birds with one stone. Or that might be multi-tasking and saving time…Okay, scratch that.

The Real #1: I’m so lazy, I don’t let my children use the quilt on the back of the couch. I say it’s for looks, but I really just don’t want to fold it.

And there yah have it, ladies and gents. My top ten lazies. Have a great weekend and see you on Monday when I talk about…

What’s something you do or don’t do simply because you’re
just a lazy bum like me?