Skip to content
I’m
not a lumberjack. I’ve never chopped wood with such determination that my ax
flew from my hands. I have watched a wide-toothed comb fly across the bathroom
due to tangles. Similar…yet not so much.
In 2
Kings Chapter 6, we read about the sons of the prophets who Elisha taught. Some
translations say a group of prophets. A guild in some commentaries. Point is
they decided to build a bigger facility for them to live in. So they went out
to cut down cedars.
On
in particular had borrowed an ax. An iron ax. Look at verse 5:  “As one man was cutting down
a tree, the head of his ax fell into the water. He yelled, “Oh, my master! I
borrowed that ax!”
He
could have sighed, dusted his hands on his pants and copped a squat. “Well, I’m
out. Ya’ll keep working on your own beams. I’m gonna sit back and do nothing.” Or
“I’m just going to wait until Elisha sees I’m sitting on the sidelines and says
something.” Good thing Elisha was there. Verse 3 lets us know that Elisha told
them to go, but they asked him to go along with them. Good lesson right there.
Back
to the man:
He
cried out! “It’s gone! My ax head has been flung from my hands and has been
buried in the water!”
Notice
Elisha did not say, “You should have had a better grip. Stinks for you. Go
find another ax.” He said, “Where did it fall?”
The
Ax head may represent your dead dreams. A promise. A failed marriage. A broken relationship.
Finances (Fill in the blank). At some point along the way you were working and  it flew from your grasp, landed with a splash and
sunk to the miry bottom. Never to be seen from the murky waters that drowned
it.
Where did it fall? Where were you in
life? Where were you spiritually?
The
man knew. And he showed the place to Elisha.
Then
Elisha did something similar to what Moses did when he cast the tree branch
into the bitter waters in the desert, making them sweet and drinkable. Elisha
cast a stick, wood, into the water.
And
the laws of gravity were defied. Iron doesn’t float. Period. 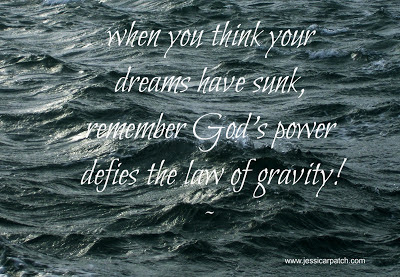 But when Jesus died on a wooden cross,
everything became possible for those who believe. For those who cry out.
When
that wood went into the water, something miraculous happened. The ax head floated.
But the
man had to reach out and grab it. Elisha didn’t do it for him.
Are
you ready to pick your dream back up if it’s flown from your hands? Have you
cried out to God to help. He cares for you. He cares about things that are big
and small to you. But nothing is too big or small for him. Nothing is too
difficult.
You
may have to go back to the place you lost it. And that might be painful, but
the same power than makes iron float can heal whatever wounds you carry.
Disappointments, struggles, exhaustion from working so hard. Whatever it is,
God can change it. He can resurrect what you think has sunk.
There is nothing He cannot bring to the
surface and restore.
Nothing.
Nothing.
Nothing.
Will you reach out and take it when it
surfaces? 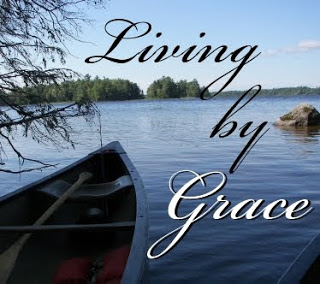