This year, my one word is awake and Forward Fridays will be dedicated to what I’m studying, learning, and understanding about this word. I hope you’ll join me, learn something yourself and challenge yourself to move forward in this year, fully awake. And there will be some guest posts by some wonderful people. I think we can always learn from others’ experiences.

Today, I want to talk about a dead man. And more importantly the Man who raised him back to life.

Awake: to become aroused or active again (according to Merriam-Webster. ) It also means: alive. 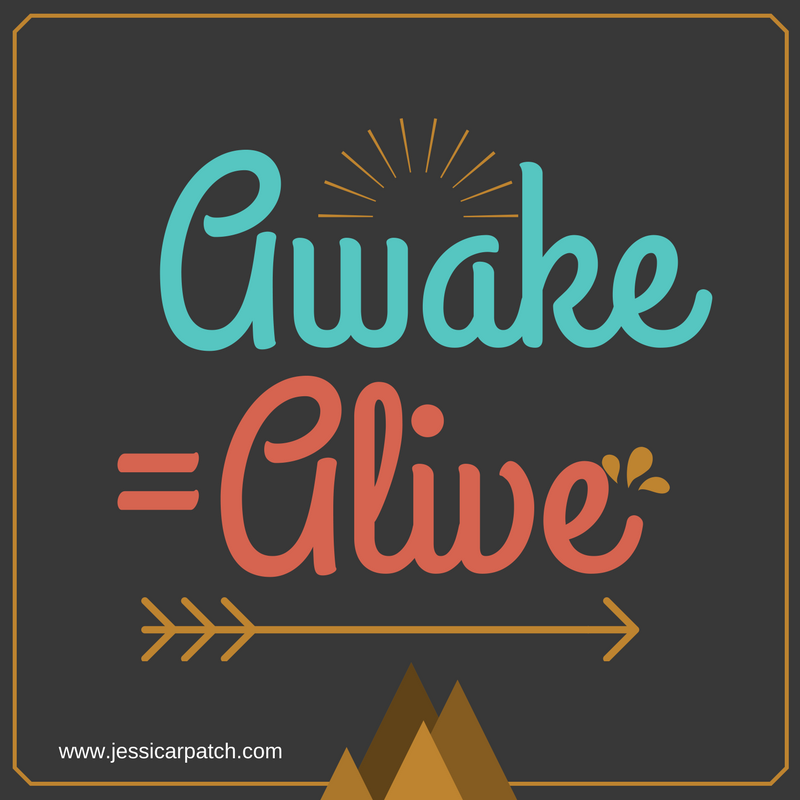 Let’s unpack this amazing account. We won’t be able to touch every detail, but we will hit some highlights.

I have it here for you in the MSG and NKJV. I’m going to use MSG to give it that one-two punch.

The first thing we hear of is that a man, a friend of Jesus’s, was sick. Word gets around. But that’s not the only thing that Jesus heard when word was sent. “The one you love so very much is sick.” They weren’t just pals and fishing buddies. He loved him so very much. Like he loves you. Like he loves me. You’d think he’d be up on his feet, “Let’s go, people. I have to get to him.”

Isn’t that what we do when our loved ones are ill? We rush to their bedside, the hospital. We waste no time if it’s in our power to be there. It was in his power to be there sooner than when he got there.

But he waited two whole days! You ever feel like you need a miracle, help, provision, hope…fill in the blank and Jesus falls through–doesn’t show up and you know it’s in his power to do so? I have.

Instead Jesus responds like this: “This sickness is not fatal. It will become an occasion to show God’s glory by glorifying God’s Son.”

And they did. Because it was fatal! Wasn’t it? By human standards.

But two days passed. Then Jesus said, “Let’s go back to Judea.” Now he wants to go. Now you want to show up? It’s too late now. The damage has been done. It’s final. Like we’ve buried this. It’s dead. We’re in the grieving stages. If you can’t show up when I ask you to the first time. Then why come at all? Ever had any of these thoughts? Questions? You could have done something. But you didn’t. You sat around ignoring our call for TWO DAYS!

The disciples didn’t want him to go. “Rabbi, you can’t do that. The Jews are out to kill you, and you’re going back?” You’ll die if you go back! They wanted to protect him over anything that might be done for Lazarus. Thomas the twin says (paraphrase): “Welp, let’s just go die with him then.”

Opposition was in between Jesus and Lazarus. The Pharisees who wanted him dead. And death itself. But that didn’t stop him. Even if it felt too late to do a single thing.

Because to Jesus: “This sickness isn’t fatal…Our friend Lazarus has fallen asleep. I’m going to wake him up.”

“Then let him rest for crying out loud!” they said (paraphrase). Sleeping it off is the best medicine. Even back then, I guess.

Then Jesus got literal. “Lazarus died.”

“And I am glad for your sakes that I wasn’t there. You’re about to be given new grounds for believing. Now let’s go to him.” 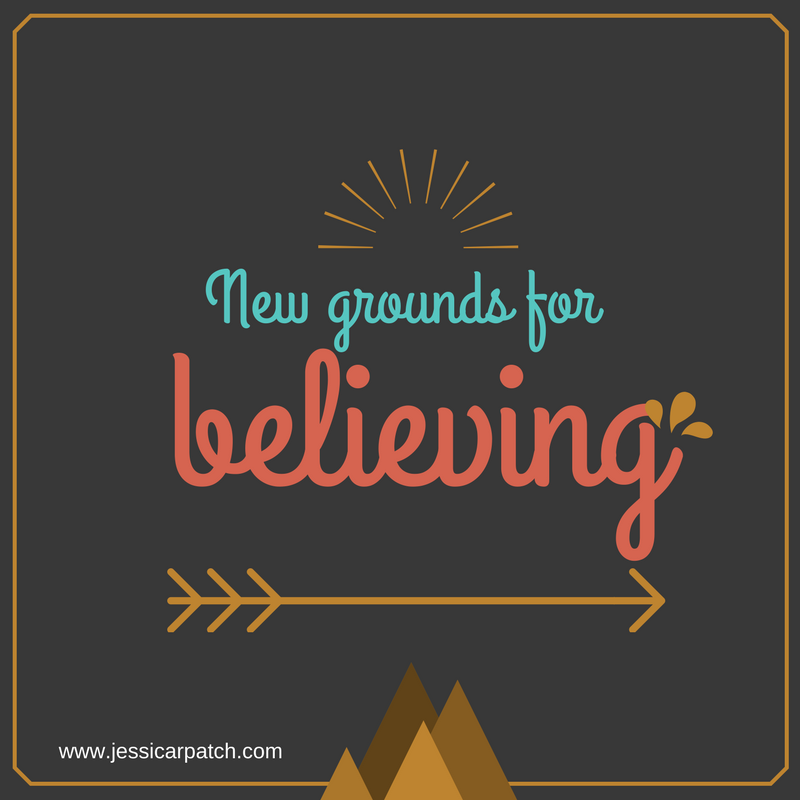 New grounds: An area of knowledge or subject of discussion or thought. Factors forming a basis for action or justification for a belief.

It was time for them to see something new. To see a foreshadowing of what was soon to come so they could believe when it happened.

Jesus meets Martha and they have a conversation.

Martha said, “Master, if you’d been here, my brother wouldn’t have died. Even now, I know that whatever you ask God he will give you.”

Jesus said, “Your brother will be raised up.”

Martha replied, “I know that he will be raised up in the resurrection at the end of time.”

“You don’t have to wait for the End. I am, right now, Resurrection and Life…” 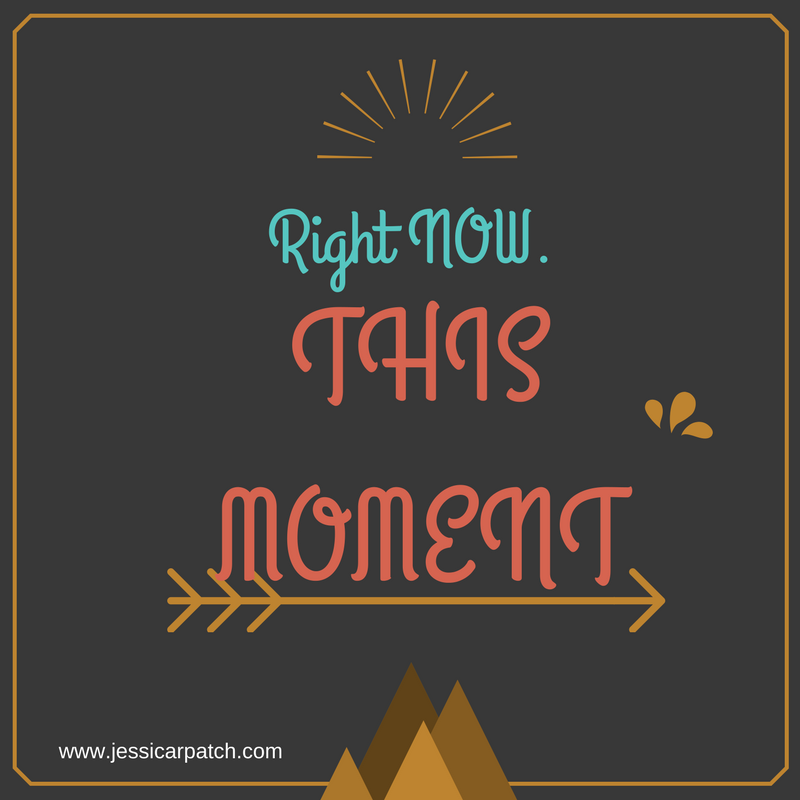 What do you need resurrected? Brought back to life? A marriage? A family restoration? Hope? Dreams? Promises? Health? Joy? Peace? Fill in the blank. What’s been dead and buried for so long that you’ve given up on ever believing Jesus can bring it back? Did you cry out and heard crickets? Saw nothing? Has your faith been buried in a tomb?

The RIGHT NOW MOMENT for Jesus isn’t always the RIGHT NOW moment for us. RIGHT NOW for Jesus might mean decades later for you. Two days later. Four months. Six years… Or it could mean RIGHT NOW THIS MOMENT. Right now, he can bring back your hope, dead faith, joy…RIGHT NOW! THIS MOMENT!

Move that stone. Oh, but the stench! EEK.

“Lazarus, you come out!” Jesus called.

There might have been some awkward tension as onlookers passed glances amongst each other. Some anticipation. Hope. But a lot of awkward glances, I’d think.

And then…a rustling. A scooting along the dirt.

Bound head to toe and face covered, Lazarus the mummy hobbled out like a bad game of Marco Polo. Shuffling toward the sounds outside because the poor dead-now-alive guy couldn’t see! He may have knocked a shoulder, stubbed a toe. He may have oomphed and grr’d his way out.

But he came out into the light!

Jesus brought him to life. But he called on others to care for Lazarus in the aftermath, the follow up. “Unwrap him and let him loose.”

I love that phrase: let him loose. Not just to unbind him, but to give him freedom with no limits! Ever used that verbiage? I’d like to let Joanna Gaines loose on my house.

Many that were there watching who didn’t believe, believed! In fact, the Word says, “That was a turnaround for many…”

When God brings something dead back to life, maybe YOU yourself, it can be a turnaround for many. Have you been lifeless and dead due to bitterness, tragedy, hurt? Have you given up on God, on life, on love? God can and will breathe new life into you. Ask him to call you out of the dead, musty tomb to live again. It will glorify Jesus. It will be the turnaround for many.

Awoken people turned loose…they set the world on fire with the love and passion of an all-consuming God.

What needs woken up in you? I’d love to pray for you.

Forward Challenge: Take a notebook, your bible, and a pen. Get alone with God and ask him to reveal areas in your life that need woken back up to life. Write them down and ask God to resurrect them.

Forward Scripture: “Our friend Lazarus has fallen asleep. I’m going to wake him up.” John 11:11 MSG

Forward Prayer: Jesus, I need you to wake up dead areas of life. Breathe into me new ___________. Thank you for coming for me. Thank you that even when I think you’ve dropped the ball, you never have. You never ignore me. Never fail me. Your timing is always the right timing and nothing is dead to you. For those loved ones, I can’t bring back, revive in me joy and hope and restore my heart, make me whole. Let my life glorify you and let it be the turnaround for others. And Lord, let me always be mindful of your work and care for those you’re bringing to life. In Jesus’ name. Amen